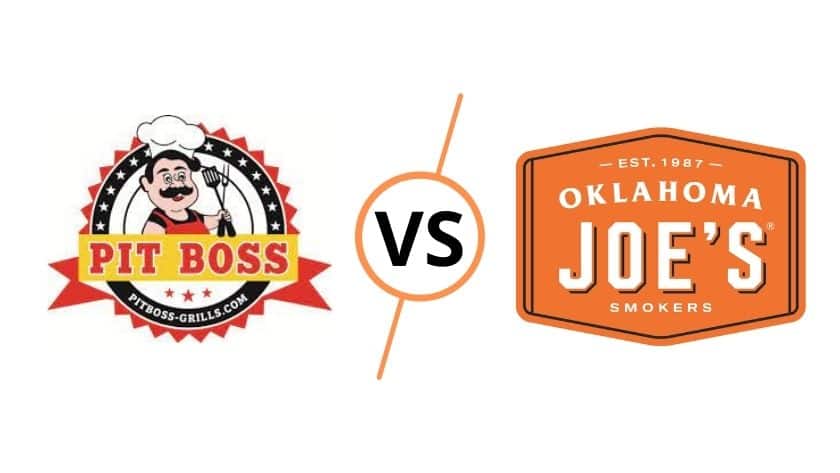 Over the last few years, pellet grills have been emerging as the new standard by which BBQ champions across American and beyond produce perfect BBQ.

Like most innovative designs, the concept for the pellet grill was born from necessity.

During the oil crisis of the 1970’s, a young man who’s father owned a heating company in Oregon developed the pellet stove in an effort to provide heating appliances that used affordable, renewable resources.

Joe Traeger, then took his idea a step further and developed the pellet grill. Traeger was first created in 1985 and was able to hold the pellet grill market on its own until the 1986 patent expired in 2006.

Once the patent was out of the way, a wave of competition flooded the market.

What is a Pellet Grill?

A pellet grill functions very similarly to a traditional smoker, and in the beginning, the design was fairly simple. Food grade, 100% wood pellets were loaded into a hopper.

The pellets were then fed by an auger to the firepot at intervals controlled by a three-position control knob, A fan, coupled with a diffuser plate in the cooking area, distributed the heat.

They offered a “set it and forget it” method of smoking meats. With modern technology, the pellet grills of today have evolved into multifunctional wonder-appliances.

Improvements in construction, a wider range of settings on heat level, digital sensors, and LED readouts, make cooking with them almost fool proof.

Most offer both direct and indirect cooking options, with a variety of often customizable settings.

The Dansons company developed their line of Pit Boss Grills as a natural continuation of their company’s first objective, that of turning sawmill waste into a renewable energy resource.

Their brand mentality is “Bigger. Hotter. Heavier”, and it is visually evident in the construction of their grills.

One of the key features of Pit Boss pellet grills is their “8-in-1 versatility”, allowing you to smoke, “bake, braise, roast, grill, bbq, char-grill, and sear” using just one appliance.

They achieve this with the ability to cook with direct or indirect heat, using a digital temperature control, and offer cooking temps from 180o to 500o Fahrenheit.

They come in a wide variety of sizes and finishes to fit the needs and style of everyone from the backyard cook to the BBQ champ.

Okalhoma Joe’s began with just twelve, handmade smokers. Joe Davidson, then a college student trying to pay his way through school, welded them up and took them to the 1987 Oklahoma State Fair.

Not only did he sell all twelve, he left with orders for 108 more! And so began what grew into a BBQ legacy.

The Oklahoma Joe’s line of pellet grills may not be as expansive as other manufacturers, but that is due to the company’s focus on quality over quantity.

Named the Rider series, these pellet grills offer both indirect and direct cooking options, with a temperature range of 200o F to 600o F. The signature feature of the Rider Series is the patented Pit Control System.

The Pit Control System is a digital control system that uses proprietary algorithms and dual sensors to deliver steady, even temperatures, while also offering a timer mode and temp-probe mode.

The Pit Boss 700FB is marketed toward the home cook, designed to allow anyone to create restaurant quality meals at home. The marketing focus on this product is the value delivered to the you, the customer.

Their trademarked Flame Broiler Lever gives you precise control over cooking temperature, whether direct or indirect heat, allowing for their famed 8-in-1 cooking versatility.

These digital controls are designed to make the experience practically fool-proof, so you can “set it and forget it”, and walk away.

The goal is to let the Pit Boss do all the work for you, so you can just enjoy spending time with your family and friends instead of hovering over your grill.

Overall, this is a good beginner’s unit; no extra bells and whistles to distract from the process of learning to use a pellet grill properly.

The marketing literature can be a little misleading, however, in that it isn’t always clear which shown features are optional add ons, and, as such, are not included in the displayed price.

For example, though the owners manual includes a side shelf in the assembly instructions ( something that you can’t ignore ), it must be purchased separately adding to its cost.

One of the key elements of Oklahoma Joe’s grill is the maximized cooking space in relation to the overall footprint.

And though this unit is designed for and marketed toward the backyard chef, it still delivers on cooking space. This unit also offers the ability to cook using direct or indirect heat.

Their patented Pit Control System ensures the temperature is always even and exactly where you want it to be.

The included Timer Mode feature and Temp-Probe Mode feature of the digital control system means you can close the lid and walk away, and your grill will let you know when the food is ready.

This unit also includes both a side shelf and a front shelf, as well as using the traditional smoke stack vent design.

Now, let’s get down to some specifics so you can get a better idea of what each of these offer.

Oklahoma Joe’s Rider 900: The Quick Draw hopper has a 20 pound capacity, and is designed to enable easy removal, storage and swapping of pellet flavors.

Pit Boss 700FB: Pellet cooking temperature range of 180o to 500o F with open flame searing of up to 1000o F. It comes with the trademarked adjustable Flame Broiler Lever for direct and indirect heat cooking, along with a dial-in digital control board with LED readout.

Also has as an automatic cool-down cycle that runs after unit has been turned off.

Oklahoma Joe’s Rider 900: Temperature range of 200o to 600o F. Digital controls, the Pit Control System, use dual sensors and proprietary algorithms to constantly monitor temperature and keep it within a reported variance of +/-10o F

All surfaces finished with rust resistant coatings. No smokestack (it vents out the back), and side shelf is an optional add-on purchase. Assembled wight: 132 pounds.

Pit Boss 700FB: This grills marketed toward the average homeowner, and delivers on all it’s promises.

The user manual details the temperature ranges for different cooking ranges, along with the type of food best suited for those methods and ranges.

Unfortunately, this model does not come with a probe thermometer, only a dome thermometer on the lid. Cooking temperature is heavily influenced by environmental factors and varies more than one might expect.

Oklahoma Joe’s Rider 900: Again, this grill is marketed toward the average homeowner, and delivers on all it’s promises.

Has the added cooking features of Timer Mode and Temp Probe mode (with included electronic meat probe) to hone the precision of your cooking.

Cooking temperature is heavily influenced by environmental factors and varies more than one might expect.

Oklahoma Joe’s Rider 900: It comes with 2 Year Manufacturer’s Warranty on Grate/Emitter, Lid/Firebox, and all other parts except the burners.

A little pricier than competitor’s units in the same category, but offers a few more features to make up for it.

And the winner is…

Both! There is no clear cut winner here, as both companies offer a great product that is worth the price.

The 700FB has a slightly larger hopper, holding one more pound of pellets that the other, but since it is recommended that you fill the hopper completely before each use, and also empty it completely after each use, this one pound difference is negligible.

The Rider 900, however, offers significantly more cooking space, and may be better suited for those who plan on using it to feed bigger crowds.

After all, if you’re not planning on using that much cooking space, there is no need to waste fuel heating that unused cooking space.

The Rider 900 may be a little more durable in the long run, as it is stated to be constructed of heavy gauge steel.

Whereas the 700FB is cited as being powder coated, but no specifics on material used for the body appear in the marketing literature or manual.

Unsmoked vs Smoked Bacon: How Are These Foods Different?

Can You Use A Smoker In The Rain? – BBQ Tips & Guide